The fourth long-duration astronaut team launched by SpaceX to the International Space Station (ISS) safely returned to Earth on Friday, splashing down in the Atlantic Ocean off Florida after nearly six months of research aboard the orbital outpost.

The SpaceX Crew Dragon capsule dubbed Freedom, carrying three US NASA astronauts and an Italian crewmate from the European Space Agency, parachuted into the sea at the conclusion of a five-hour autonomous flight home from the ISS.

Freedom began its stay in orbit on April 27. The crew consisted of NASA astronaut Kjell Lindgren, 49, fellow Americans Jessica Watkins, 34, and Bob Hines, 47, as well as Italy’s Samantha Cristoforetti, 45, who was commander of their ISS expedition. Watkins became the first African-American woman to join a long-duration ISS mission.

In less than an hour, recovery teams had hoisted the heat-scorched Crew Dragon onto a retrieval vessel before opening the capsule’s side hatch and helping the four astronauts out by one for their first breath of fresh air in more than 24 weeks.

Still garbed in their helmeted white-and-black spacesuits, their strength and balance left shaky from 170 days of weightlessness, the four crew were assisted onto special gurneys as they waved and gave thumbs-up for cameras.

Among those greeting them on the deck of the ship was the vessel’s namesake, veteran NASA astronaut Megan McArthur.

Each of the returning astronauts was to receive a routine medical checkup aboard the ship before being flown by helicopter back to Florida. 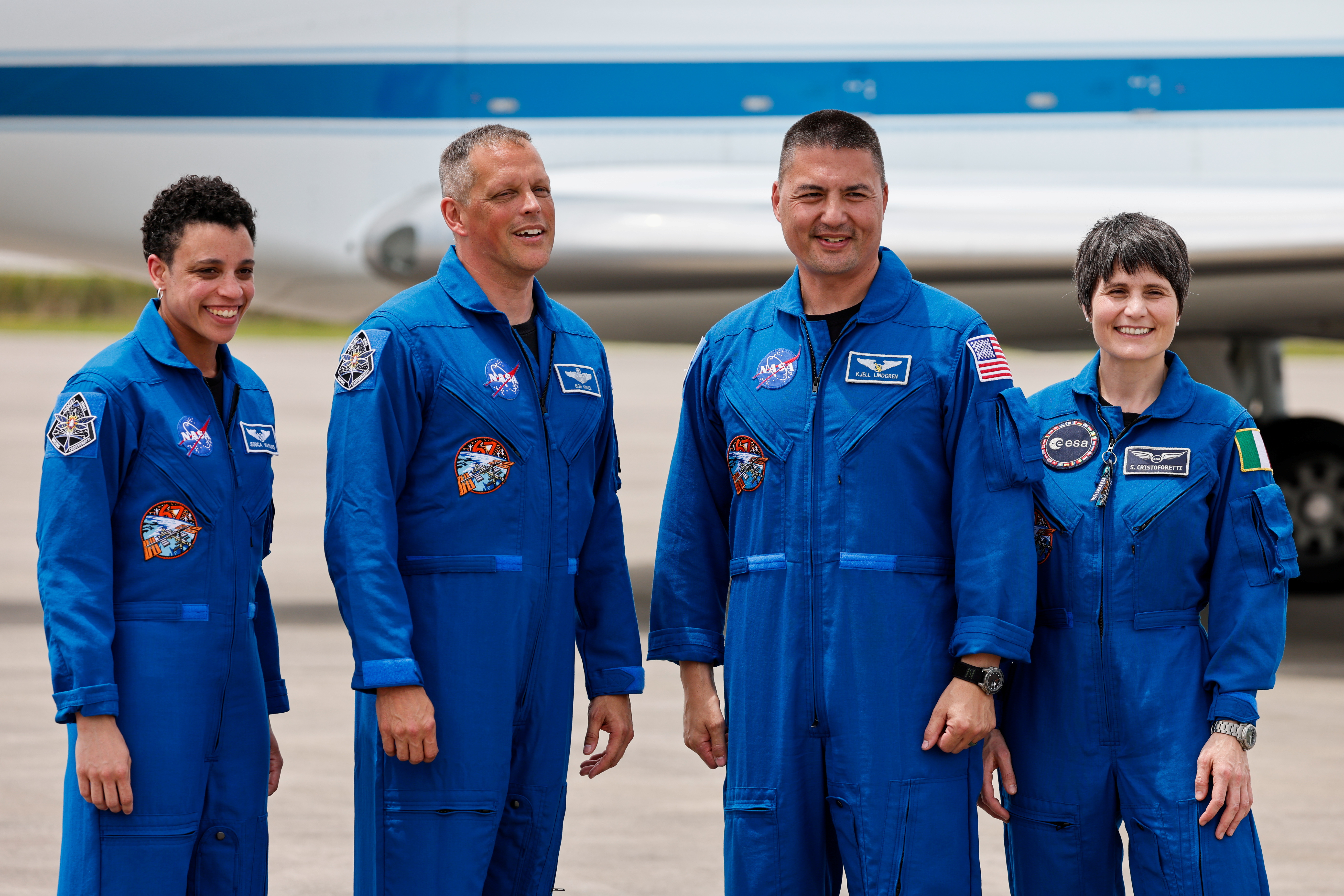 NASA astronauts Kjell Lindgren, Robert Hines, and Jessica Watkins, and European Space Agency astronaut Samantha Cristoforetti of Italy pose for a picture ahead of their scheduled launch on the Crew Dragon spacecraft to begin a six-month expedition on the International Space Station, at Cape Canaveral, Florida, US April 18, 2022. REUTERS/Joe Skipper

Two sets of parachutes billowed open above the capsule in the final stage of descent, slowing its fall to about 15 miles per hour (24 kph) before the craft hit the water off Jacksonville, Florida.

During their space station stay, the crew orbited Earth 2,720 times – about once every 90 minutes – to log some 72 million miles (116 million km) in space, according to NASA.

The team was designated “Crew-4,” the fourth full-fledged long-duration group of astronauts launched to ISS by SpaceX since the private rocket company founded by Tesla Inc CEO Elton Musk began flying NASA personnel in May 2020.

As for most ISS crews, their primary mission was science-based, encompassing scores of experiments and technology demonstrations.

Highlights included research on microgravity-induced changes in human cells resembling those associated with aging, and documenting effects of dietary improvements in orbit on immune function, gastrointestinal health and nutrition indicators.

They also participated in studies of fire and fuel behavior in weightlessness, and cultivation of plants in liquid- and air-based growth materials in place of soil.

Their exit came a week after their replacement team, Crew-5, arrived aboard the station – a Russian cosmonaut, a Japanese astronaut and two NASA crewmates, including the first Native American woman in orbit.

Crew-5 is remaining on ISS with two other Russians and a third American who shared a Soyuz flight to the ISS in September. One of those cosmonauts, Serge Prokofiev, assumed ISS command from Cristoforetti before Crew-4’s departure.

ISS, spanning the length of a US football field, has been continuously occupied since 2000, operated by a US-Russian-led partnership that includes Canada, Japan and 11 European countries.

Samsung Galaxy A54 5G debuts with battery and charging specifications