Tecno recently organized a huge launch event in Dubai to officially introduce the Phantom X2 series to the worldwide market. Today, the company confirmed that the Phantom X2 5G would be available in January.

According to the advertisement, a limited number of consumers who pre-order the Phantom X2 will be able to upgrade for free to the next-generation Phantom X3. The Phantom X3 series is expected to be released in the second half of 2023.

The Tecno Phantom X2 is a high-end smartphone that runs on the MediaTek Dimensity 9000 processor. It has a 6.8-inch FHD+ 120Hz AMOLED curved-edge display, a built-in fingerprint scanner, and Gorilla Glass Victus protection. It is powered by the HiOS 12-based Android 12 operating system. 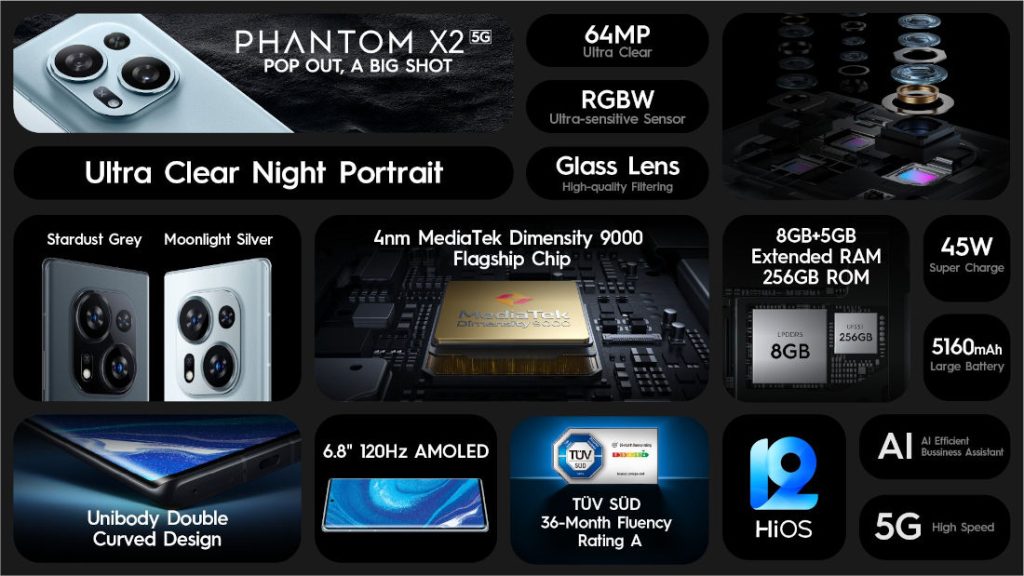