Uber shut down in major cities of Pakistan

The widely used ride-hailing app Uber is ceasing operations in a number of Pakistani cities. The ride-sharing service just stated that it will cease operations in Islamabad, Karachi, Multan, Faisalabad, and Peshawar, among other places. The termination is effective as of right now.

The Uber app will now notify you that it is no longer accessible in your city if you attempt to use it in any of the aforementioned cities. Instead, it advises you to use Careem, which Uber acquired back in 2020, to make a ride reservation.

View the screenshot that follows. 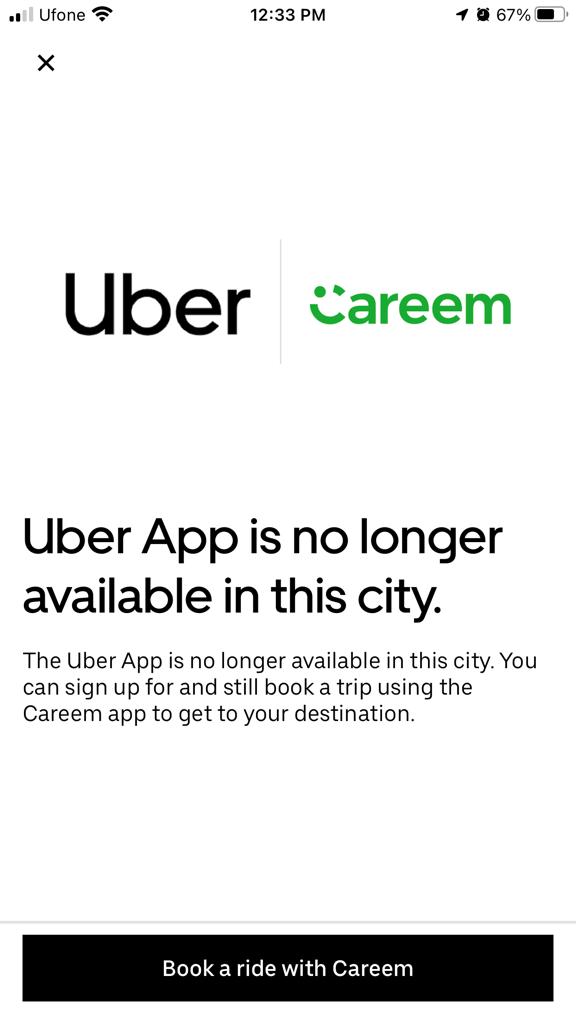 The identical prompt might not show up for everyone, however some people will see greyed-out alternatives while trying to schedule a ride. Now, when you attempt to book a ride, a notification stating “Unfortunately, Uber is presently unavailable in your location” will appear.

Uber does point out that the service is still available in Lahore, though, to its customers. Here is what the firm has to say:

Uber has been contacted by us for further information. The business has made it clear that the app will still be available in Lahore and that there will be “new product launches” to help individuals in trying times.

Drivers will also receive compensation for the abrupt stoppage.